After Wellington defeated the French Army at Vittoria, his British/Portuguese/Spanish armies pursued them to the Franco-Spanish border. He laid siege to San Sebastian and blockaded Pamplona, effectively sealing the border road (La Grande Chausée).

The fortress is not large but it is very well sited, on a promontory jutting out into the Bay of Biscay. The town had a curtain wall and a citadel of the Castle of La Mota. 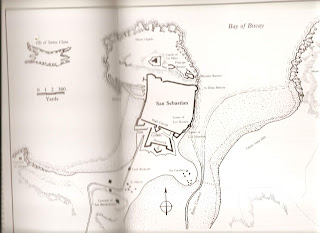 I copied this map from Frederick Myatt's book, "British Sieges of the Peninsular War".

We walked from the base of La Mota to the castle on a very warm and sunny day. 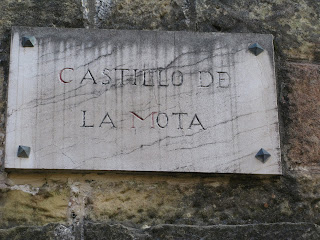 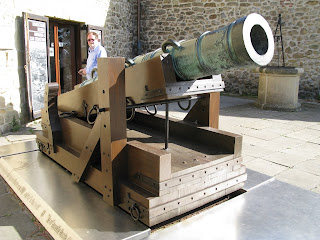 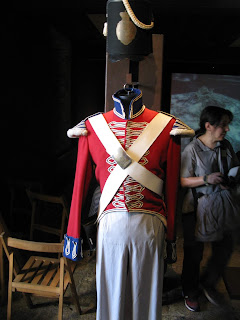 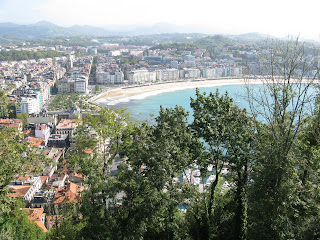 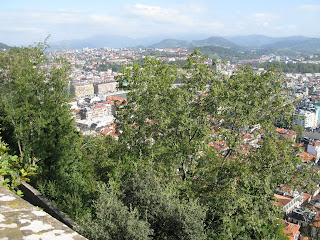 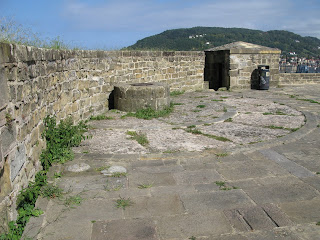 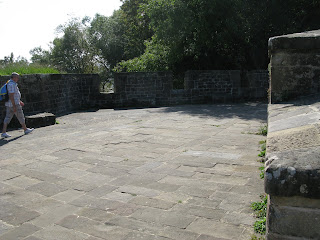 The next two photos I took the following day from the terrace of our hotel and just before breakfast. The sun was very low, just showing above the Chofre Sand Hills. The first shows the Isle of Santa Clara, then Mount Orgullo with Castle La Mota, then Mount Olla.

25th July - 1st August The Battle of the Pyrenées. Soult launches the French Army counter offensive to clear the Allies from the Northern Pyrenées passes but is defeated by Wellington's armies. The French withdraw into France.